What To Do in The Summer Holidays 2022

July spills over into August, and children once light–headed with joy at the lack of school routine begin to find the dog days of Summer pretty long.

Thankfully London has a lot to offer within a surprisingly compact centre, and there is something for even the most discerning of little darlings - from the classic London icons to themed events and even some great free activities.

The Tower Vaults, Tower of London

The famous plot to blow up Parliament, just two years after the death of Elizabeth I: an immersive experience, taking you back to 1605, with Tom Felton (Draco Malfoy from Harry Potter) starring as Guy Fawkes. Tickets available. 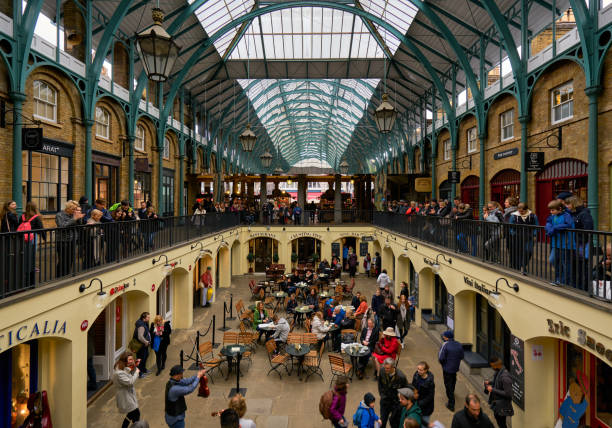 Among the most picturesque of covered markets in the city, and made famous by the Harry Potter films. Leadenhall Market can be found near The Monument and London Bridge, and is famous for its shops, pubs, restaurants and cafes.

A beautiful, thoughtful eco show, conceived as a homage to HRH during this year’s Platinum Jubilee. Millions of carefully selected seeds were planted and grown in the Tower’s huge moat. A sea of wildflowers has bloomed and will renew itself year after year. Tickets available to walk through the moat, or you can survey this oasis of pleasure from the public viewing area for free. Sculptures and sound installations, too. To be maintained as a natural resource beyond the Jubilee. Blue Orchid Tower Suites London is minutes away, and perfect for an independent family staycation.

For those family members who read manga or watch anime: a retro ramen bar designed to take you back to the 1970s Yokocho alleyways of Japan.

With over 40 variations of ice cream, sundaes, sorbets, gelato and more across 35 destinations - there has to be something for all the family at this festival.

Regent’s Park Open Air Theatre. The big summer musical 101 Dalmatians, with new music. Toby Olie is both puppetry designer and director. Worth it just to see 101 puppet mutts on stage. Kate Fleetwood in the lead as Cruella.

Nature in Technicolour. From the stand–out emerald tree boa to the changeable chameleon. Some creatures even emit their own light. Book your tickets to this summer’s most colourful day out.

Working with Lucasfilm and Disney, Tussauds has recreated key scenes from the Star Wars blockbusters. See wax models of the good, the bad and the ugly, plus Jabba’s Throne Room and the flight deck of the Millennium Falcon. From Yoda in a swamp to Han Solo in the canteen. For serious fans (and their children).

There’s an excellent offer for August that families might want to book right now: for every adult ticket purchased, one child goes free. To take full advantage of this offer, combine this with a Kids Week package at Blue Orchid’s Rochester Hotel (on Westminster’s leafy Vincent Square). A stay in this central London hotel gives you access to some excellent offers and packages, discounted family rates, family breakfast, dinner included and more. Or if you’d like to extend this experience to other Blue Orchid hotels, contact reservations@blueorchid.com

Family activities within the Royal Parks

The royal parks have organised free bird–watching tours across their extensive central London parkland this July. Also storytelling, bug hunting and “critter crafting.’” Get involved or just go for a stroll. Another reason to choose one of the nearby Blue Orchid hotels.

Exhibition: see how different artists have brought Frances Hodgson Burnett’s much loved children’s book to life with their illustrations.

Focusing on the impact of our species’ need for food, energy and materials and the cost to the natural world.

“The divine to the demonic.” The British Museum often unearths our deep history from its archives. Here you’ll find, Sekhmet, the Egyptian goddess of annihilation whose amulets were also a source of protection and healing. Rooms 62–63 houses their famous mummies galleries too.

12-2pm Tuesday throughout July and August

Something for older children and adults: A free arts festival that transforms a host of indoor and outdoor spaces around the Whitechapel Gallery and the City of London. Installation, film, live performance and music to enhance the unusual and the historic. Your family might welcome the convenience of a London hotel booking afterwards. 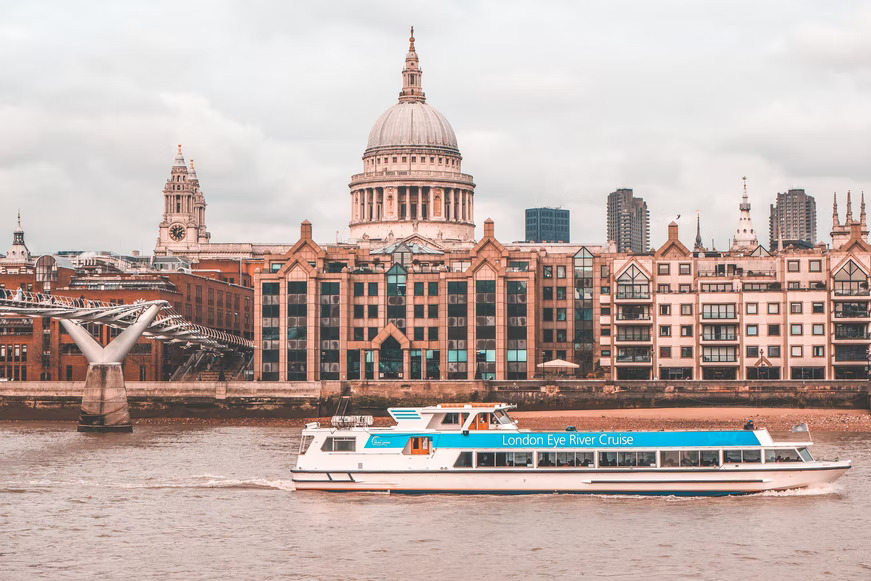 Kids Eat for Free this August

Blue Orchid Tower Suites’ fully equipped boutique apartments are a stone’s throw from the Tower of London and Tower Bridge and offer an excellent vacation/staycation for all the family. This August the kids eat for free at the in–house, Italian–inspired Cento Alla Torre restaurant. There is also a Harry Potter themed package (potions class, walking tour and themed afternoon tea plus movie night, also special discounts).

Panoramic views of the Tower of London, Tower Bridge and the Thames. Authentic Italian cuisine from Cento Alla Torre.

For the football fan in your life, here is a tribute to one of our soccer heroes. Fans of all ages can enjoy this exhibition, and there’s no charge.

Roman Wall by the Museum of London

This is a picnic spot along London Wall next door to the Museum of London. Access to some Roman fort ruins, and views of the Barbican Centre. The museum has a permanent display about Roman London.

The future for ecology on our planet is the subject of this group exhibition. International artists reveal an “immersive soil experience”, plankton noise, fashion made out of living cells and “tree time.” Intriguing.

Outdoor artworks for the 11th year running. A popular public art show – spot contemporary sculpture amongst iconic buildings like the Gherkin and Lloyd’s.

Another unique sculpture trail in the City of London. A journey of discovery exploring the many layers of shared world history and making racial justice a reality.

Until 31st July, fashion meets art in the streets of Mayfair.

A 90 minute self–guided tour of the square mile. Hidden gems and famous landmarks. History and culture, shopping, eating and drinking all contained in a FREE visitor trail map from the City Information Centre or download app (iPhone or Android).

Due to public demand this highly popular show continues into next year. Mirror magic. Stunning.

For the musician in the family.

Panoramic views across London and gigs, DJ sets, comedy, plus family entertainment and street food around the festival site.

Absent for two years, 50,000 performers and 30 sound systems are back. One heck of a street party in West London.

Tours, workshops and performances from this faithful recreation of Shakespeare’s Globe. Best value tickets in London (standing room with the groundlings). King Lear triumphs this Summer with Kathryn Hunter in the lead role.

One of London’s longest–running shows, Wicked turns the Wizard of Oz on its head. Seen by over 10 million people.

The Lion King the Musical