After an ‘omicron’ Christmas people are looking forward to an optimistic New Year, but they’re also keeping their hands firmly on the purse strings. So you’ll be pleased to hear that there are some big savings to be had on the top London hotel deals this January.

It might sound unlikely, but it’s often the affordable luxury hotels of London that can provide the best value for money. You want to stay close to the heart of this vibrant city. No–one wants to be a commuter while on holiday, and you save time and money on transport if you stay central.

So before you assume that city centre London hotels are beyond your pocket, remember that competition for visitors is fierce. Meantime, here are some tips on how to manage your hotel bookings from the experts, Blue Orchid Hotels.

First, the hotels most likely to offer great packages are the ones in prime locations, offering tempting activities nearby. 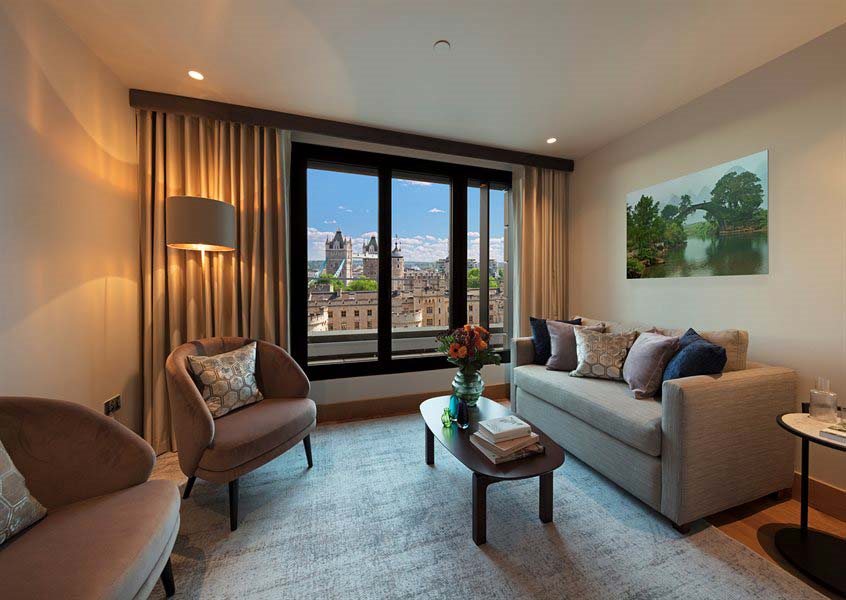 A package with the best hotels can secure discounts on the kind of day trips and activities that you’d want to enjoy anyway, including some great London hotel and restaurant deals but for less money and without having to arrange it yourself. It’s all to do with economies of scale. Your overall savings could be higher in the long run.

There’s also a useful little acronym to look out for: Best Available Rate, or BAR. It’s the rate that appears on a hotel’s booking page. This is the lowest rate offered when there’s no agent’s commission to factor in.

While those ubiquitous price comparison sites claim to find the best deals, it’s often the case that the hotels’ own websites are the most fruitful places to start searching.

Beware the cookie monster: few of us understand how this works, but the cookies that are placed on your browser by different websites actually work away in the background, and some are pushing up the prices as you browse. The more hours you clock up looking at flights or hotel comparison sites, the more those prices edge upwards.

You can make yourself invisible to the browser by using incognito mode, or simply make your choice on your computer, then use the phone to complete the reservation.

It might also work to your advantage to book for a period of over three days. If you have a choice between two short holidays or one long one, it could make more financial sense to choose the latter. Having said that, there are some really fine overnight deals or weekend breaks to explore right now.

If you happen to be travelling with children, then Blue Orchid’s Tower Suites are eminently family friendly. Some of the ‘family sized’ apartments come equipped with washer–dryer and cooking facilities. Perfect if you are staying for longer periods and want to chill in your PJ’s without calling room service, or for those days when you’d rather skip the restaurant.

One of the best hotels in Central London, Tower Suites combines contemporary five star apartments with spectacular views of the Tower of London, Tower Bridge and the city skyline.

But if you’d rather not walk, one of London’s iconic sights, the red bus, is tailor made for economic sightseeing (especially from the top deck).

For anyone who likes panoramic people–watching and historic buildings, the London bus offers access to some of the best free activities in the capital – Big Ben, Covent Garden, St Paul’s Cathedral, the museums, the parks. And some very affordable food and drink venues.

For instance, the No 11 and the No 9 bus routes take you through the centre of town from West to East and back again.

Or you can hop on the No 15 bus at the Tower of London and ride all the way to Trafalgar Square (or vice versa) taking in the attractions.

Then again, if a North–South slice through Pimlico, Victoria, St James’s Park, Big Ben, Trafalgar Square, Camden Town and even Hampstead Heath is your bag, the long reach of the No 24 offers just as many fun things to do in London.

The No 24 takes you all the way from the River Thames to Hampstead Heath. On the way it calls at Victoria, Westminster, the West End and Camden Market.

Using this bus you can visit St James’s Park, Westminster Abbey and Big Ben; Trafalgar Square, Nelson’s Column and the National Gallery. It also stops near Leicester Square and on Charing Cross Road (handy for Covent Garden). By the time it reaches Tottenham Court Road you are close to the British Museum in one direction, and the mega shopping opportunities of Oxford Street in the other.

The No 11 Bus also takes you through the heart of the metropolis. It starts at Fulham Town Hall and ends up at Liverpool Street Station.

In between these two stops it visits Victoria, and stops at both the beautiful, Byzantine style Westminster Cathedral (Catholic church) and the ancient, Anglican Westminster Abbey.

Beyond the Houses of Parliament, the No 11 takes you up Whitehall to Trafalgar Square and then along the Strand where it stops beside Southampton Street (convenient for Covent Garden).

Once this bus hits Fleet Street you have left behind the West End and you enter the old medieval road layout of the City. Past the Royal Courts of Justice, past Fetter Lane and Ludgate Circus, you come to St Paul’s Cathedral. After that is the Bank of England, where you can get off and walk up Lombard Street until you find Leadenhall Market on Gracechurch Street, a beautiful covered market with restaurants and shops. It’s a big tourist attraction and so photogenic, it featured in the Harry Potter films.

One stop further on (King William St/Monument bus stop) you can explore the streets in search of St Dunstan’s in the East, a lovely ruined Christopher Wren church that is now a public garden, halfway between London Bridge and the Tower of London. (Walk down Eastcheap and Great Tower St, and then right onto Idol Lane).

The No 9 bus from Aldwych takes you through the centre and on to Green Park, Hyde Park Corner, Knightsbridge and then Exhibition Road (for the Natural History, Science and Victoria & Albert Museums).

Most London Museums and Galleries have permanent exhibitions which are free.

If, like us, you love walking and exploring, then the No 8 bus can take you to Brick Lane and one of the most photographed bits of London: Shoreditch Street Art. Lots of colour and impact. Start with a wander down Brick Lane and explore the alleys branching off on either side.

The No 8 starts its journey in New Oxford Street (parallel with Great Russell St and the British Museum).

For information about visitor Oyster Cards, follow this link: https://tfl.gov.uk/travel-information/visiting-london/visitor-oyster-card

And masks are required for indoor public places and on public transport at the time of writing.

But after all that travelling and exploring it’s likely you’ve built up quite an appetite and a thirst. Here is a handful of inexpensive eateries. There are still some great value restaurants and cafes, close to those posh hotels in London. 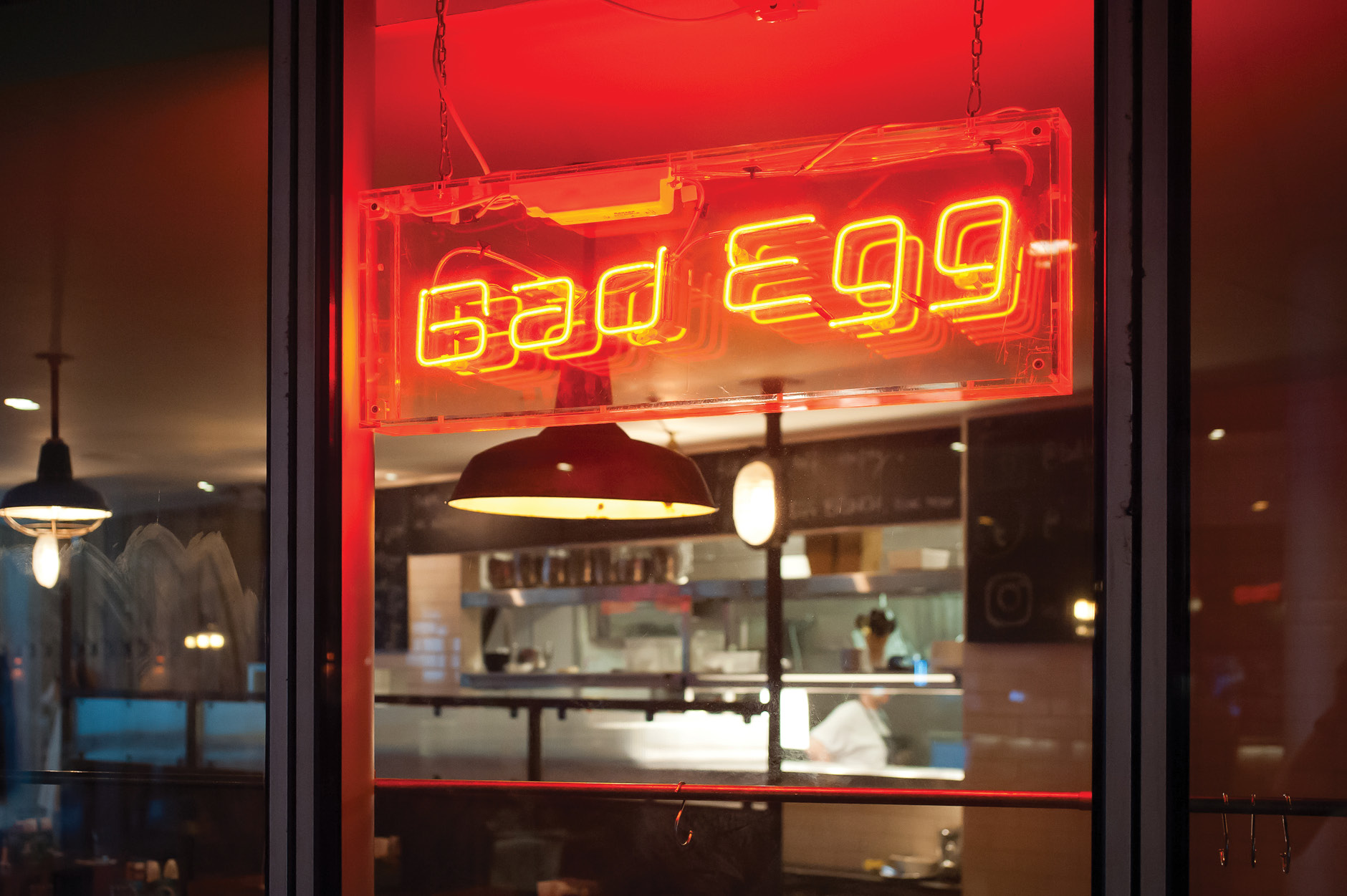 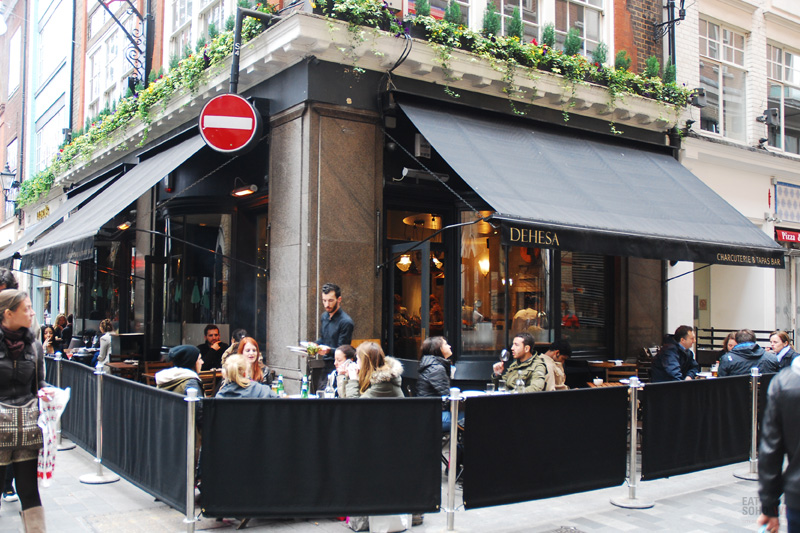 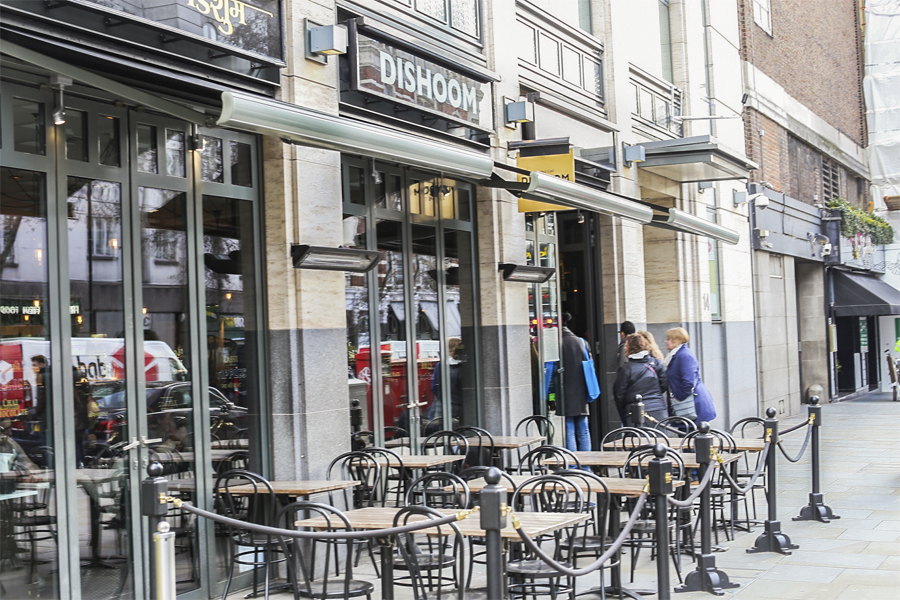 People go crazy for the porridge with fresh banana and Medjool dates for breakfast (rumoured to be “bottomless”). Also never-ending chai, we are told. Sausage in a naan sounds kind of retro fusion, but tasty. Also on the menu are versions of Bombay street food that embrace lunch and dinner. 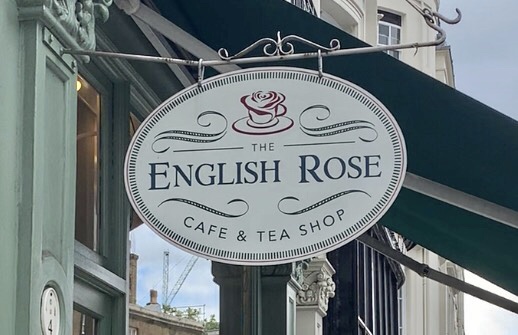 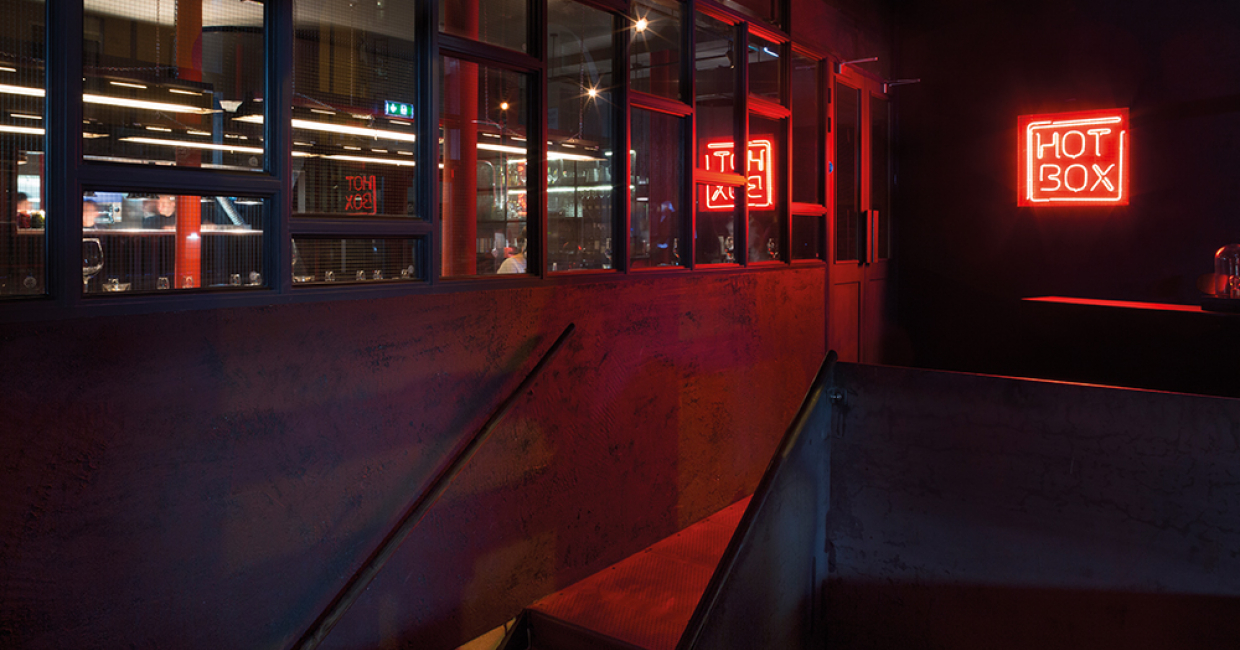 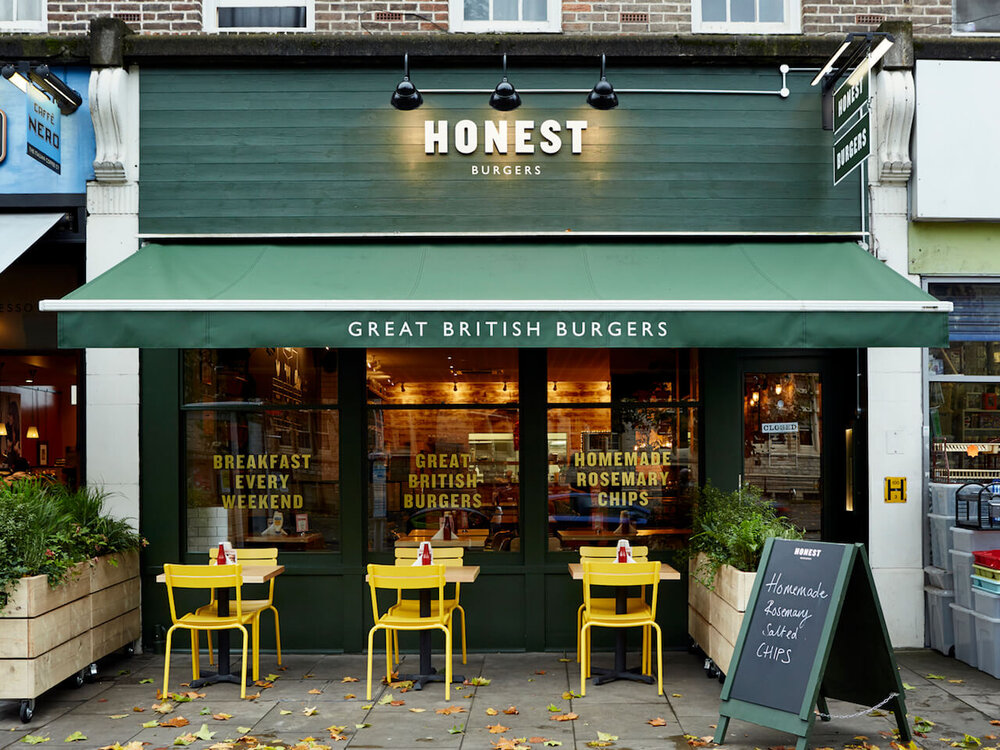 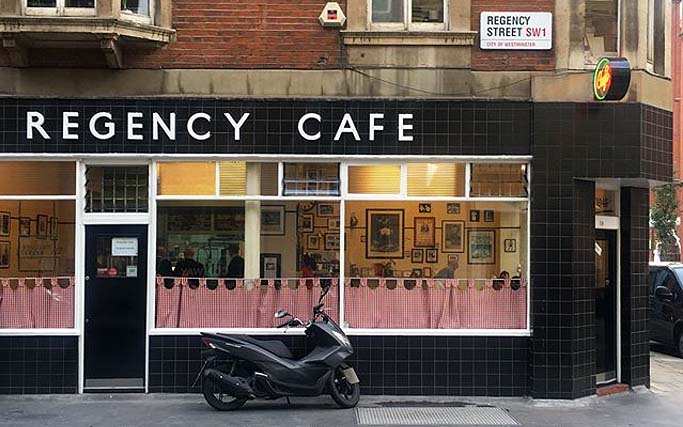 Westminster: No frills, great value, excellent for full English breakfast and traditional British food. It opened in 1946 and has featured in quite a few BBC TV series, thanks to its tiled exterior, original signage and deco style (and tiled) interior. As British as Brighton Rock (one of the films it has graced). Homemade steak pie and two veg: £5.65. Set breakfast: £6. Two eggs on toast: £2.90 (at the time of writing). Magnificent. Closed Sundays

When it comes to eating well for less, you can’t beat street food. And so we come to the great London Markets: 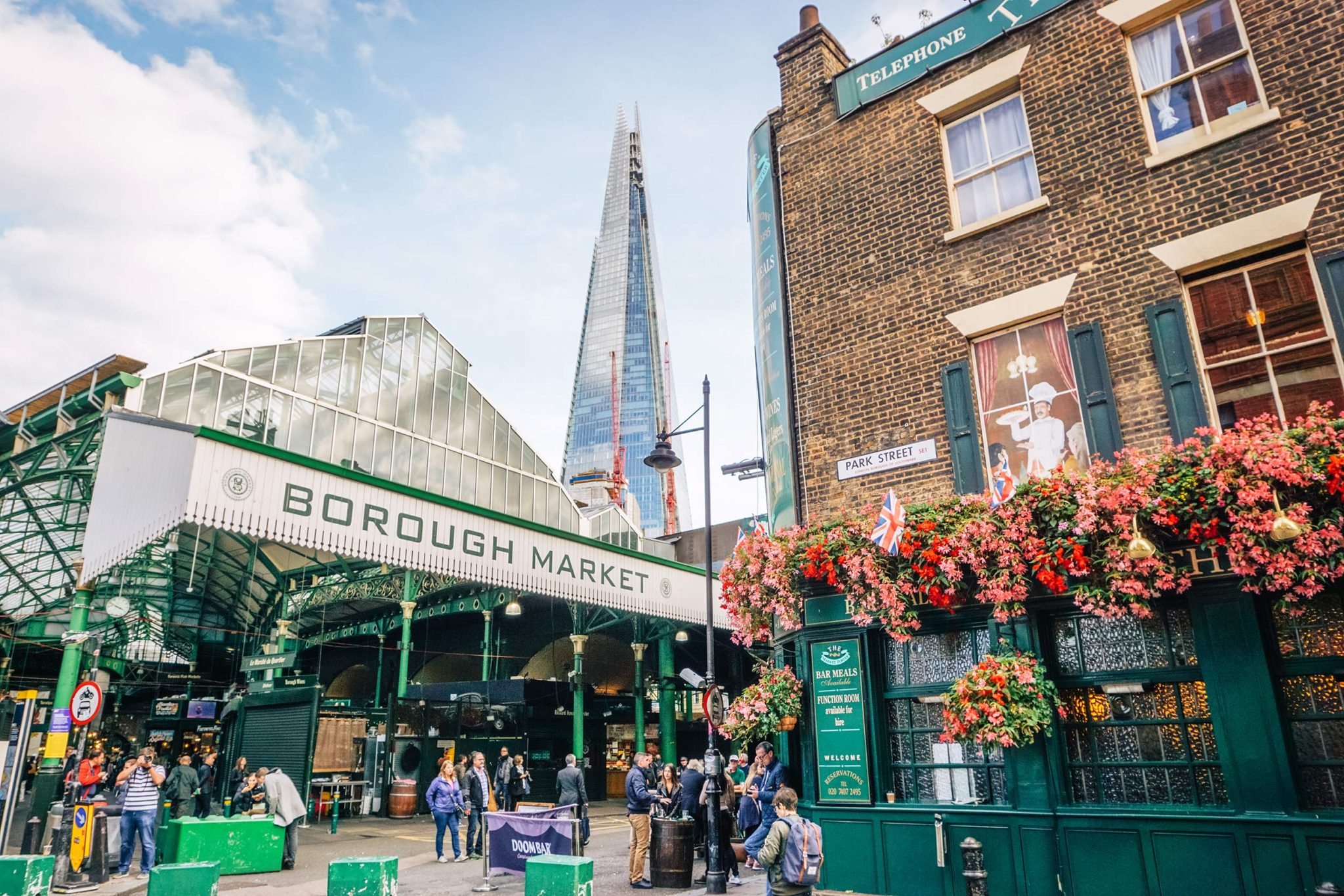 London Bridge: Lots to choose from in this handsome, historic market, but you are likely to get more for your money during the weekdays at lunch time. Artisan food producers and street stalls selling (for example) Tuscan spit roast, Ethiopian stews, chorizo sandwiches and “reinvented Scotch eggs.” And pizza. If the benches in the yard are occupied, you can usually find a place to perch in the garden of nearby Southwark Cathedral. Take advantage of the free samples, but you will definitely be tempted. 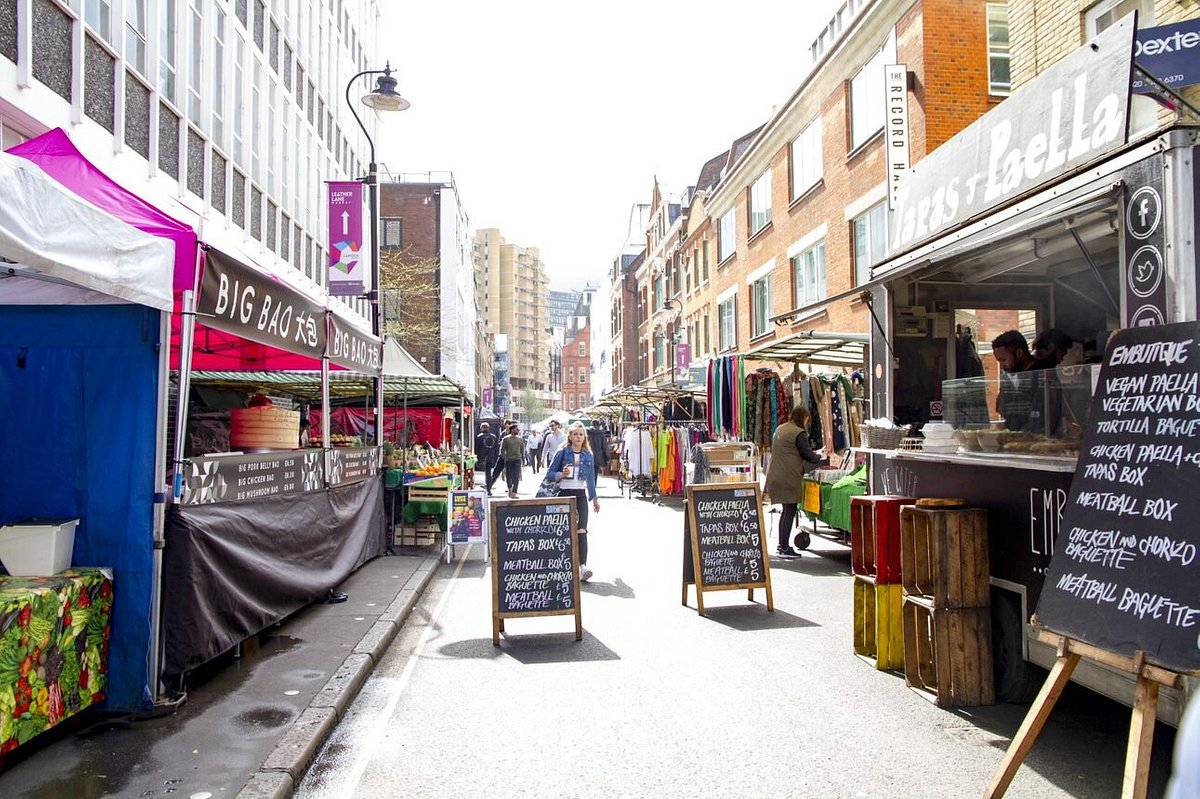 One of the oldest markets in London, mostly designed to feed office workers. Just off Gray’s Inn Road and close to Farringdon and Chancery Lane tubes. Alongside the indie restaurants the street stalls serve toasted cheese sandwiches, fish and chips, Caribbean street food, baked potato with beans or chilli…veggie and vegan options too.

Mon to Fri 10am to 4pm; closed weekends. 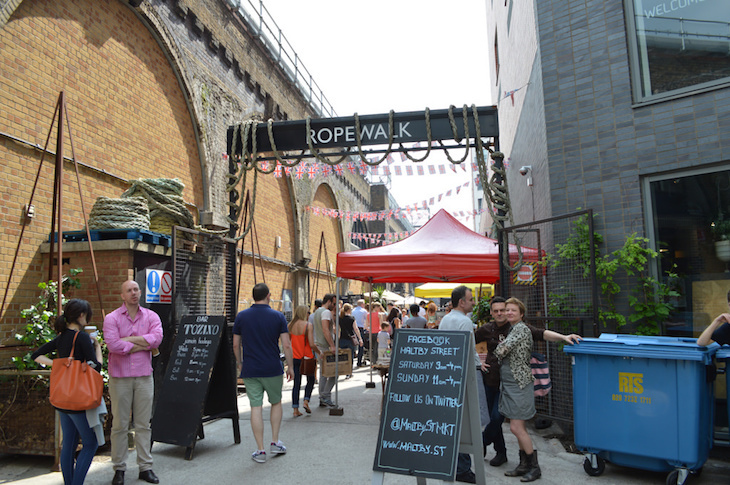 Weekends under the arches mean street food – from Venezuela, from Ethiopia, or Iran. Then there’s the possibility of steak and chips, duck frites, sausage and mash. Covered seating. Even a wine bar. It’s not the biggest market, but it’s rated very highly. Pretty too. 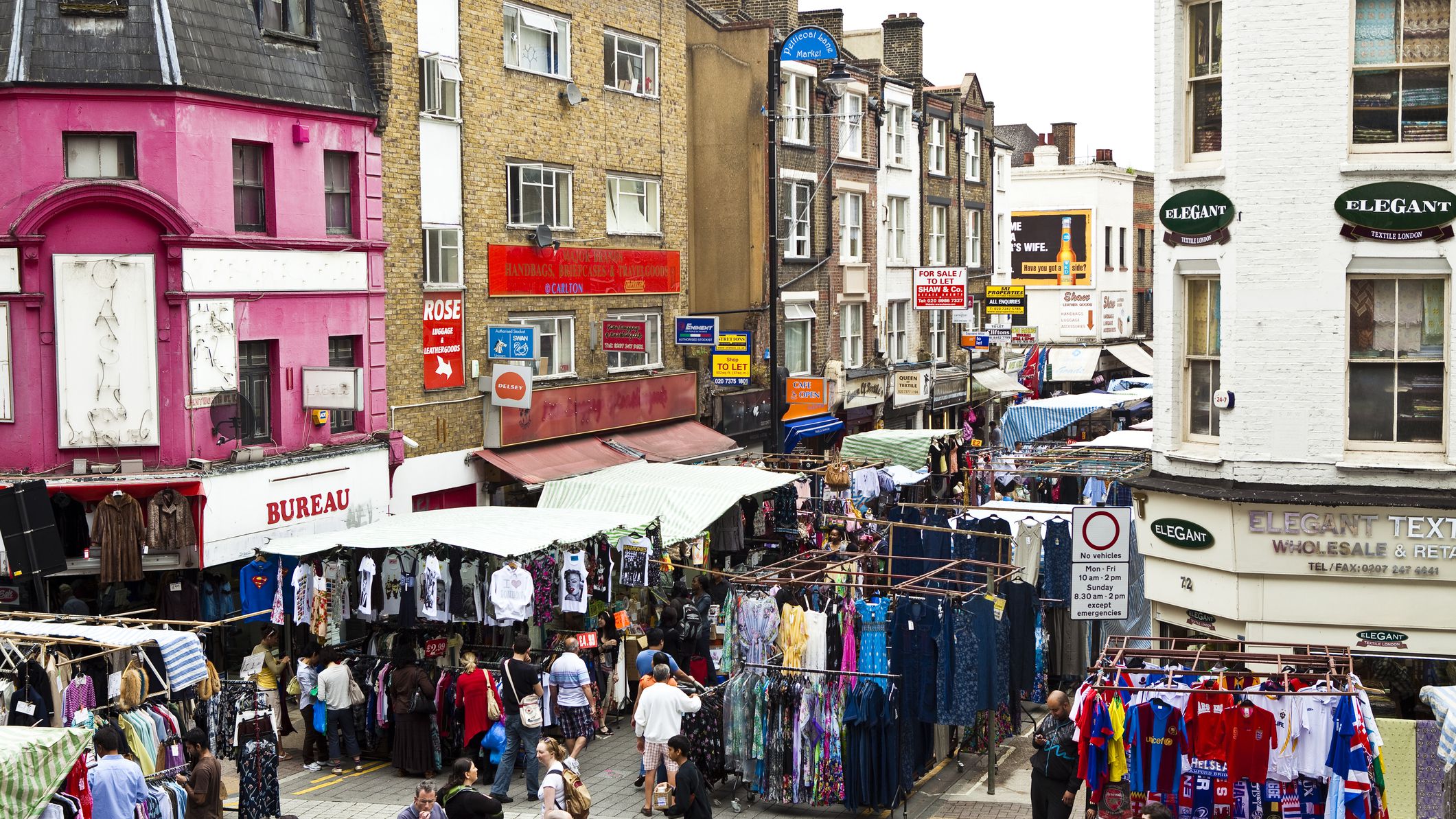 Not yet thoroughly gentrified and still looks a bit like an old London market. Great for cheap Asian street food, polenta dishes (including vegan toppings), falafel, jollof rice. Word is that the woman serving the katsu chicken wraps is faster than the speeding bullet. 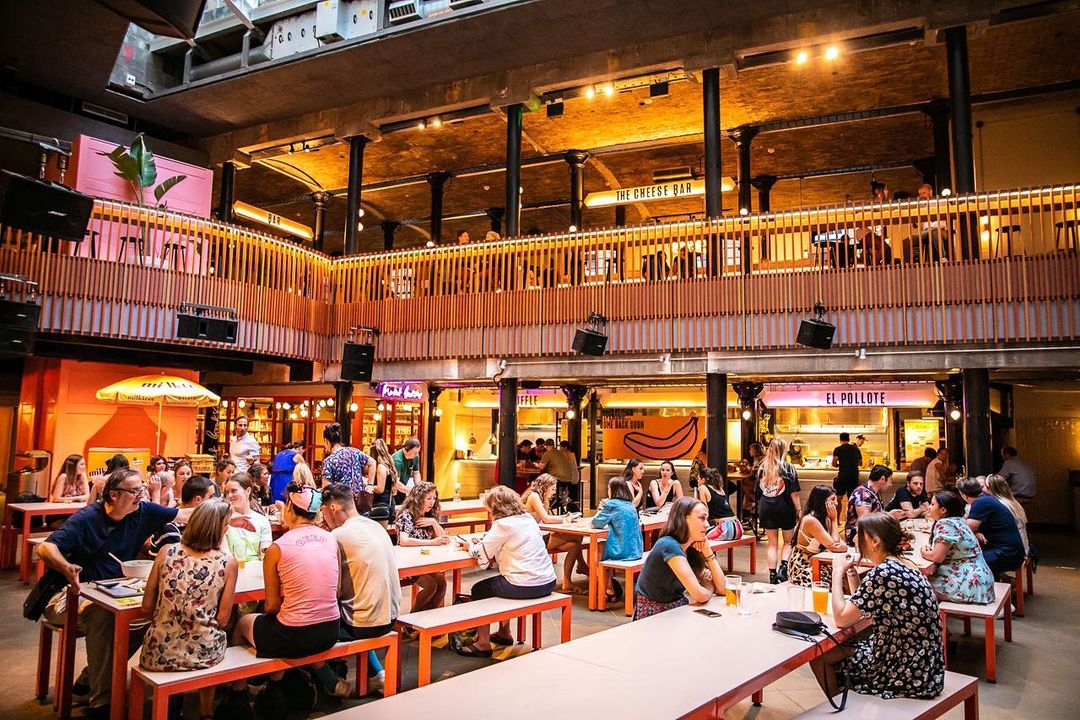 An old banana warehouse now the West End’s only covered food market, it is said. 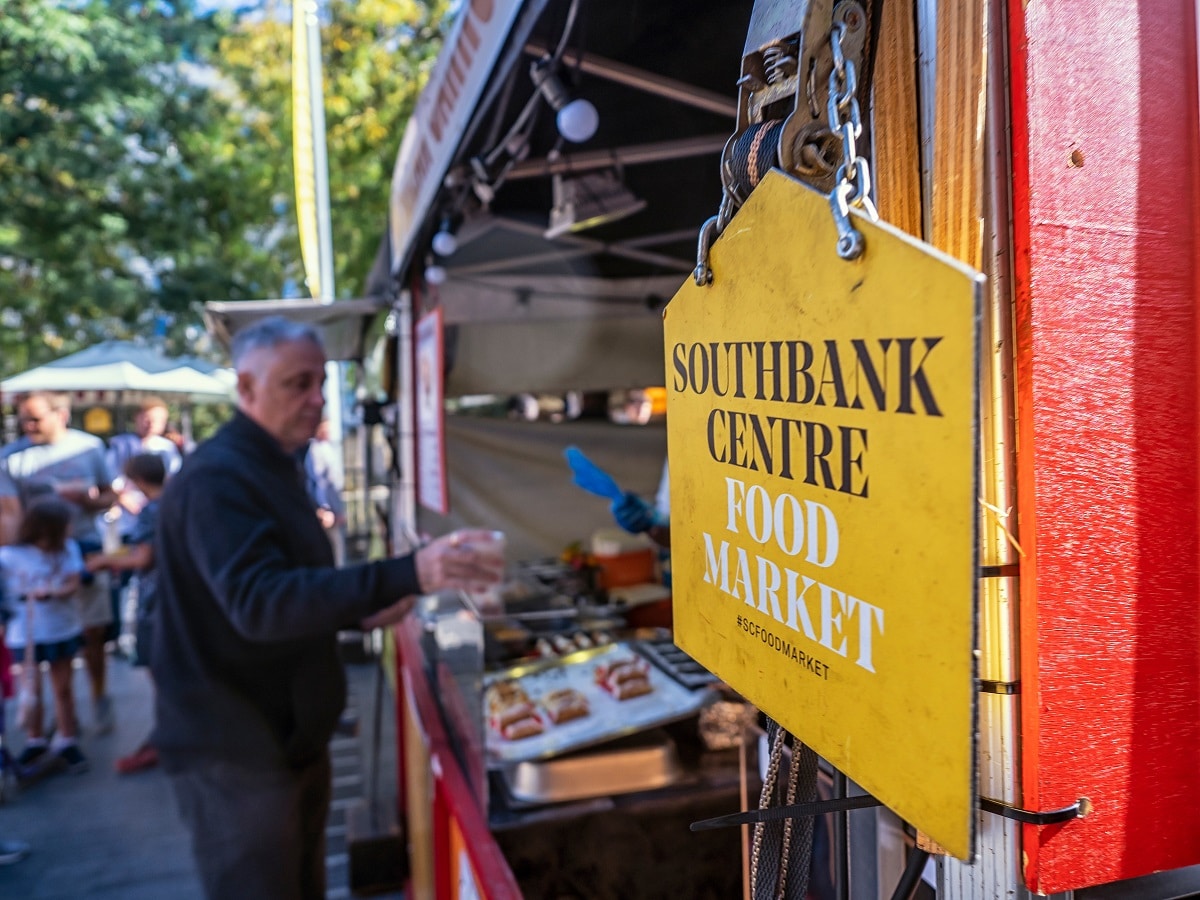 Closed until the first weekend of February

So remember when you’re researching your London hotel booking to stay close to the historic sights and contemporary pleasures of this great city. That way you make the most of your holiday.