Welcome to the year of the Tiger. Apparently this Chinese New Year animal signifies the defeat of evil which, like ‘the end of history’ and ‘world peace’ sounds pretty optimistic. But even if time’s not yet up for Bond villains and megalomaniacs, we can still welcome a positive outlook.

So back here on planet earth, what does London have in store for its visitors?

Staying with the big cat theme of 2022, an adorable tiger cub has been born in London Zoo. This is not just any tiger cub though, it’s a critically endangered Sumatran cub. Proud mum Gaysha has already carried her rare kit outside into the Winter sun. ZSL London Zoo tiger keeper Kathryn Sanders was watching:

“We were all holding our breath with excitement as the cub tottered around… it was incredible to watch the youngster find its ‘tiger feet’ for the first time.”

London Zoo actually owes its origins to the Tower of London’s historic royal menagerie, which spanned the early 1200s to the mid 1800s, when 150 animals moved to Regent’s Park.

“Her Majesty’s A Pretty Nice Girl”

This is also a very special year for Her Majesty. We agree with The Beatles’ lyrics in the heading, but the Queen has also entered the record books this February. Seven exemplary decades on the throne, longer even than Queen Victoria managed. Her father George VI died on February 6th 1952, at which point the reign of Queen Elizabeth II began. Her accession to the throne is marked by gun salutes in Green Park (41 rounds) and the Tower of London (62 rounds) on Monday 7th February.

The month of June will mark her coronation in Westminster Abbey, and an unmissable four–day Platinum Jubilee celebration takes place from June 2nd – 5th.

But February remains the month when this remarkable journey began. So check out those London hotel offers this year and join the party. Below are some February events selected from the menu, plus more choice morsels for the rest of the year.

A very British artist, naturalist and author of those famously cute rabbits. Potter’s scientific studies of the natural world take us beyond the stereotype. Suitable for all ages. Tickets £14. 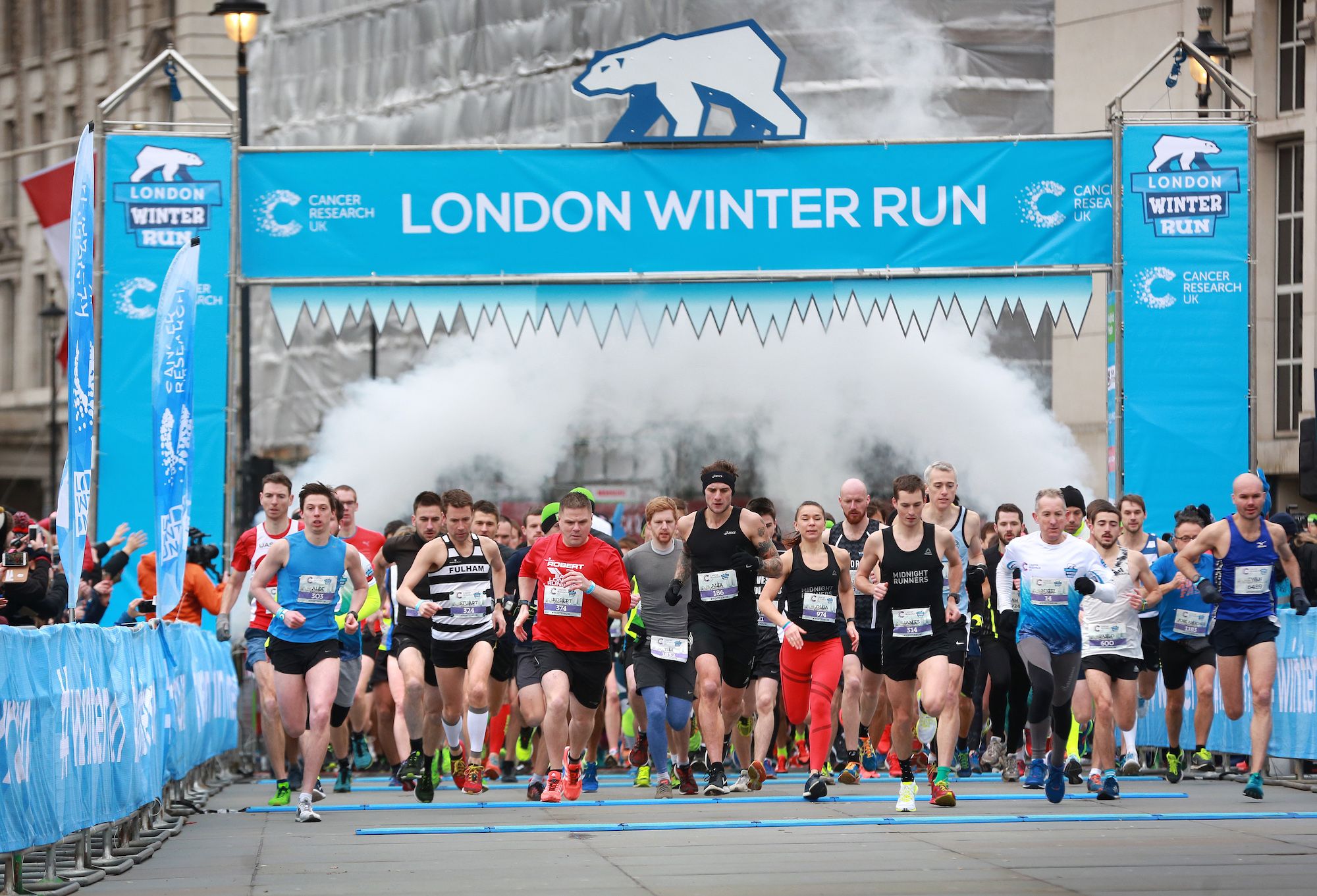 Nelson’s Column to Strand (with live music); dancing dogs and a penguin party at Bank; on to London Bridge (opposite Tate Modern); past St Paul’s and back up Strand (watch out for frolicking huskies); then down Whitehall for a Big Ben finish. Run, walk or simply watch, it’s a great day out. See website to enter. In aid of Cancer Research

The ancient Greeks had more than one word for love, including: romance (eros), deep friendship (philia), playful love (ludus) and love of self (philautia). London has hotels, restaurants, entertainments, shops and culture aplenty. So spread the vibe. And why save it all up for just one day in the year? 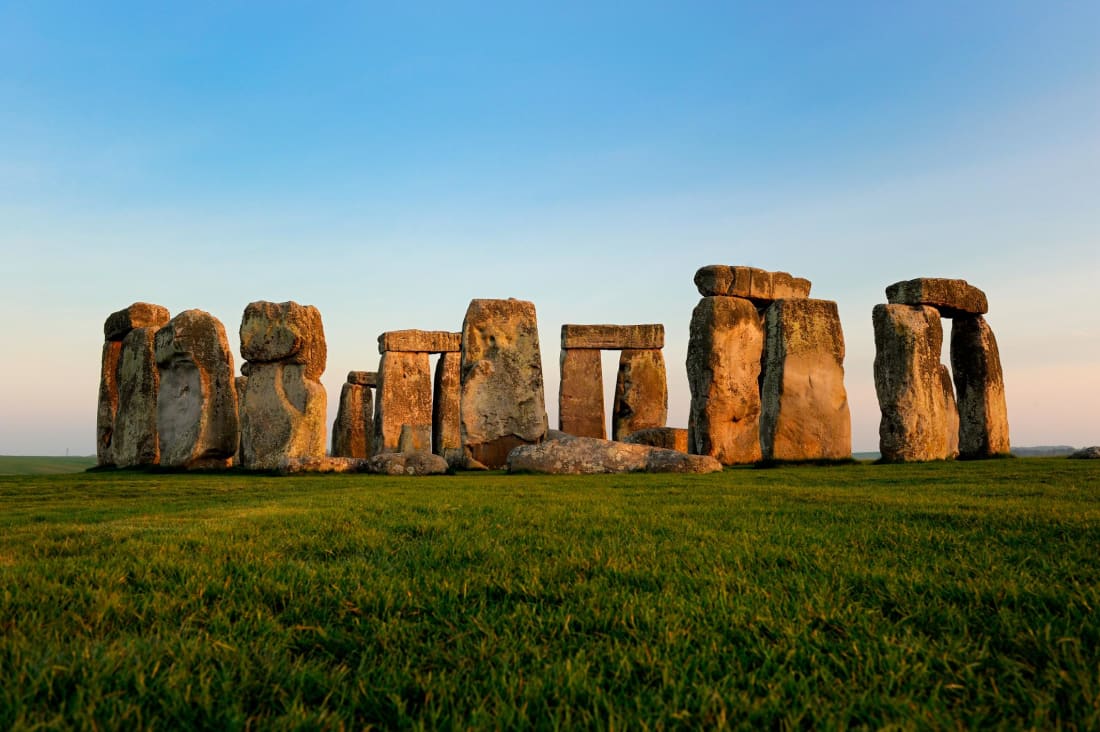 Who built Stonehenge, and why? Plus Seahenge display, a 4,000 year old timber circle that was made at the same time. Tickets £20 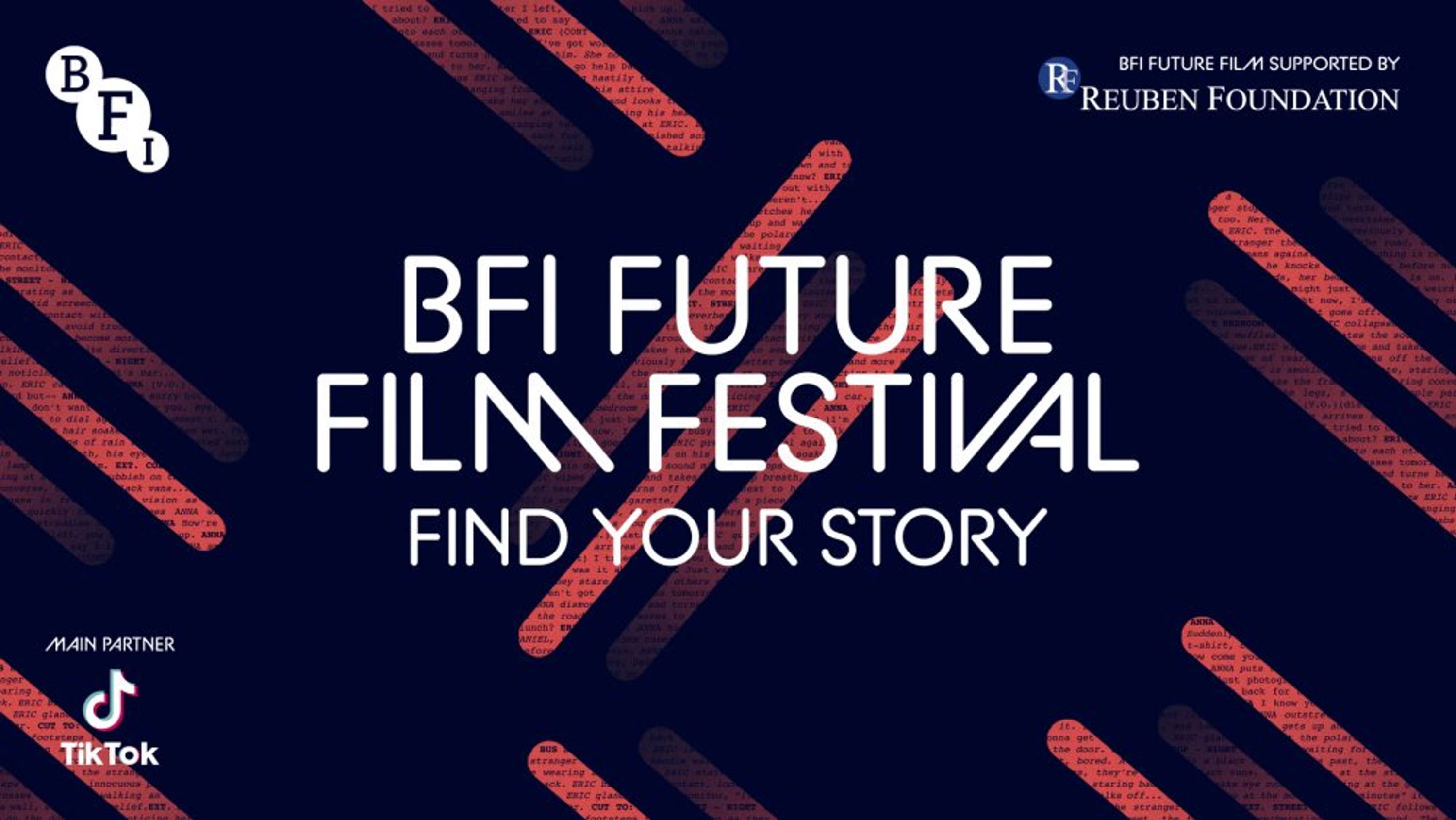 For emerging film makers aged 16–25 who want to learn from those already established in film and screen. Includes 50 short films made by the young.

Online and in the flesh. Catwalks and Spring fashion launches from this famously edgy frontrunner of style.

Choose the World You Want Festival

Online and activities to entertain, educate and inspire.

“Find the uncanny in the everyday” says Tate. This unique show takes us beyond 1920s Paris to Mexico, Prague and Japan and is a definite eye-opener. Online for ticket details.

Rugby clash of the titans: lions vs red dragons. You know you want to be there. 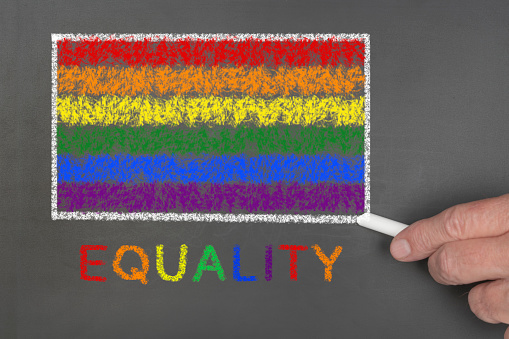 Don’t miss out on a well–planned London Hotel booking beyond February: here’s a run–down of what’s on offer this Spring and Summer:

LOVE LONDON IN THE SPRING

Women of the World (WOW) Festival

Whatever happens at Twickenham, there will be plenty to celebrate and a festival atmosphere to enjoy. 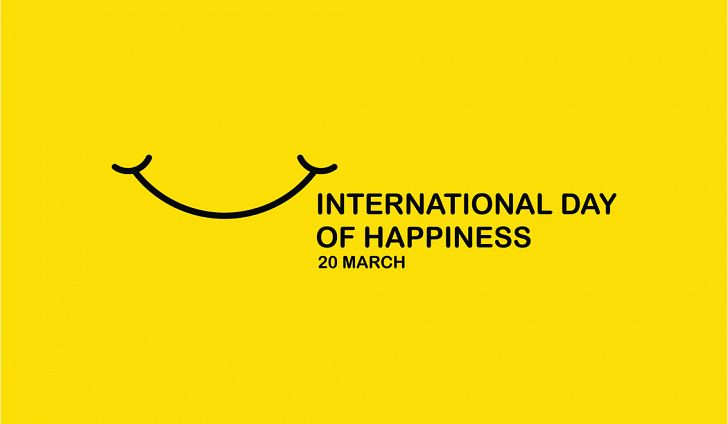 What makes you happy? London has so much to please; parks and shops, people and culture, sights and history, business and pleasure. Or pamper yourself with a spa/beauty treatment; eat well. Relax in a luxury central London hotel.

Head of the River Race

Mortlake to Putney and towpath.

400 crews of eight pitted against each other on the Thames. What’s often overlooked is that these crews are also pitted against the Thames and the clock: huge drops in water level between tides. An awesome sight. Especially if you’ve seen oarsmen end up in the river. Excellent day out.

The Other Art Fair

Organised by Saatchi Art. Both commercially astute and attractively contrarian.

LGBTQ+ Film Festival. Twelve days of screenings from around the world. Watch for programme announcements in mid February.

Free public art trail in the City of London. Sculptures by Damien Hirst and Gavin Turk, among many others. Starts near (the beautiful) Leadenhall Market.

Multiple locations across the capital.

Multiple locations along the River Thames.

Oxford and Cambridge oarsmen compete across a 4.2 mile tidal stretch of the Thames. Serious, sometimes wet. Convenient pubs near the famous towpath.

Thanks to the boat race and the half marathon, you should already be feeling pretty healthy!

Free. Expect live music, works by Sikh artists, traditional food and an army-led gatka or obstacle course. Arts, crafts and turban–tying for all.

A Gallop Through History

Part of the Queen's Platinum Jubilee celebrations. Equestrian extravaganza in the grounds of Windsor Castle, Arena theatre show featuring over 1,000 performers and 500 horses. A journey from Elizabeth I to the current Queen. Presenters include Dame Helen Mirren and Stephen Fry.

The return of the hanging gardens of Chelsea. Sumptuous evergreen show.

LOVE LONDON IN THE SUMMER

Imagine the vast moat that circles The Tower turned into ‘fields of flowers.’ And we are invited to wander through them! An image so potent it could almost come from Piers Plowman’s medieval dream-poem and its “fair field full of folk” (Langland’s poem is almost as old as The Tower itself). Arcadian blooms to celebrate The Queen’s Platinum Jubilee, plus sculptures and sound installations (bookable sessions). Every bit as impressive as the 2014 installation when The Tower moat held 800,000 ceramic poppies, commemorating the centenary of the outbreak of WWI. Blue Orchid Hotel’s Tower Suites is a short walk away, too. 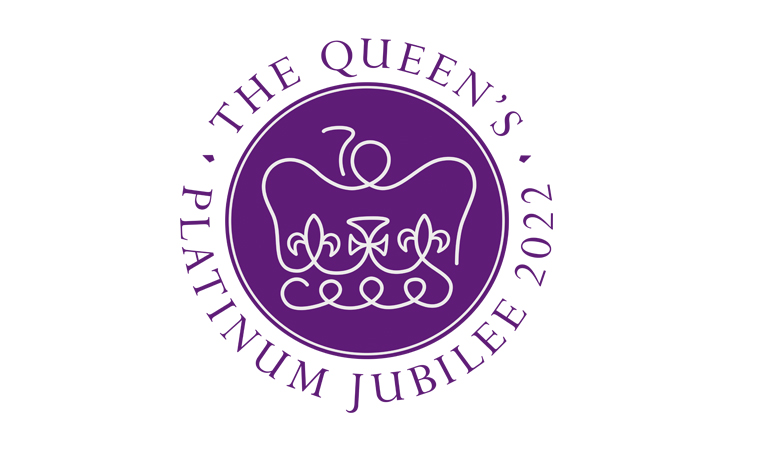 Once more, Blue Orchid Hotels are very close to the action, thanks to its Buckingham Palace Hotels (the Wellington and the Rochester) and Tower Suites, close to St Pauls Cathedral.

2nd June: (Thursday) First Trooping of the Colour since the Pandemic. The Mall, Buckingham Palace. Marks the Queen’s official birthday. 1400 parading soldiers, 400 musicians, 200 horses and a flypast by the RAF. Also Platinum Jubilee beacons lit across the UK and Overseas Territories. 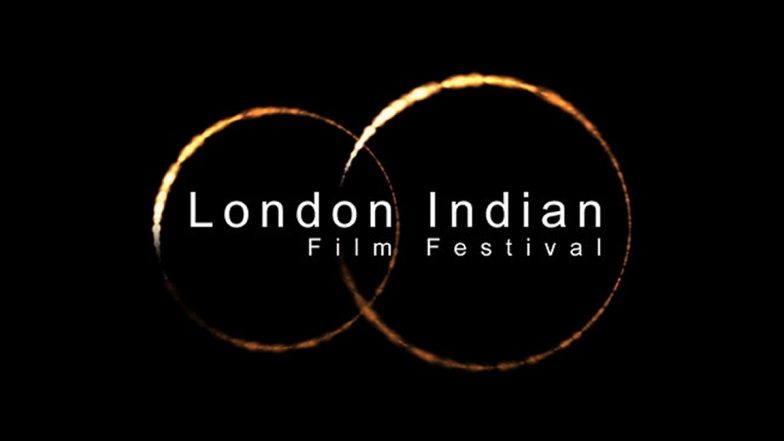 (schedule to be confirmed)

Will Novak be back?

Book now into one of the top hotels in London. Not only do they afford you the best possible view, you also get the quickest travel times to all the action.

Get a taste of all the hits from West End musicals. Sing along to old favourites, discover new shows, free performances at this annual event in front of thousands of spectators.

The Lord Mayor of London and other Worshipfuls, plus shepherd/shepherdess and sheep. In the streets of London, close by cafes and Shakespeare’s Globe. Sheep Drive & Livery Fair.

Which, we understand, began back in 1215, as a kind of protest against King John. Pageantry in the City of London.