This Platinum Jubilee year, Easter 2022 feels more like a prelude to the Queen’s birthday on 21st April, when there will be a 41 gun salute in Hyde Park to mark the occasion. As Queen Elizabeth II celebrates her remarkable Platinum Jubilee, we play tribute to our steadfast Queen’s 70 unprecedented years on the throne.

Most Brits alive in 2022 have never known a male monarch. It is quite possible that we may never see a woman monarch again, but as history has shown, anything is possible. 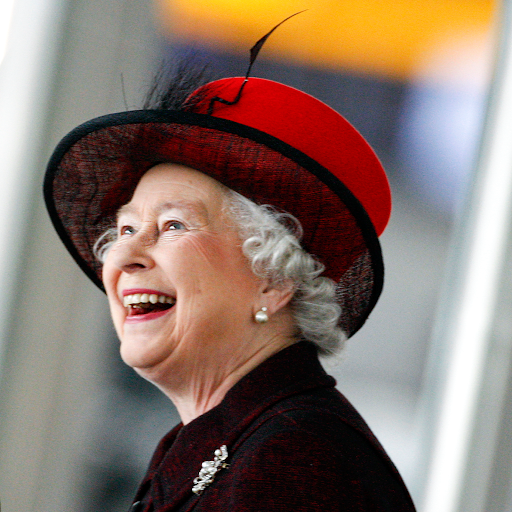 At the time of writing, a nation awaits the announcement of the winning recipe from the Platinum Pudding Competition, organised by Fortnum & Mason.

Mary Berry and other baking supremos are choosing a winner from the steamed puddings, pies, crumbles, cakes and tarts. And we understand that the key ingredient in many of the early recipe entries was – gin.

The winning recipe will be made public in time for it to feature in many a Platinum Jubilee lunch this June. 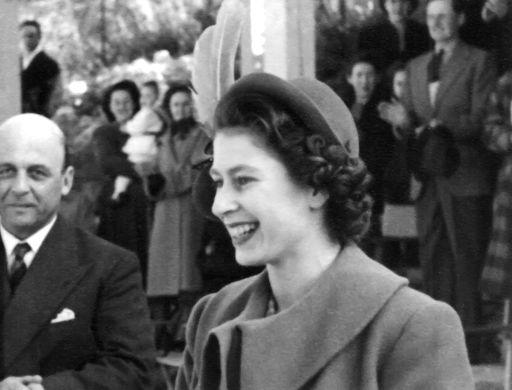 It was an instant hit. A fabulously punk nod to our very British way of doing “Royal” (it is still part of the Met Museum’s collection in New York).

Britain celebrates on a ceremonial scale this year. Platinum style. Happily, Blue Orchid hotels is close to much of the action, and here is a run–down of some dates for your diary.

Features a full throttle 41 gun salute in Hyde Park. Plus lots to explore in the royal park itself.

Featuring the Choir of the Chapels Royal, concert held in the Tower of London. Arguably the best hotel in Central London for this royal gig is Tower Suites in Minories. Also close to Shakespeare’s Globe, Tate Modern and Borough Market.

During May knitted corgis are being hidden around the UK by members of the Women's Institute (WI), to celebrate the Queen’s Platinum Jubilee. The handmade dogs are all called 'WInnie' and each one includes a special tag to allow members of the public to map where they are found. There is also one special corgi for people to look out for in London, and whoever finds it can attend the official Big Jubilee Lunch on Sunday 5th June. Free Winnie knitting pattern if you want to make one of your own.

A Gallop Through History

Four days of pageantry featuring 1,000 performers and lots of horses. A parade of British monarchs, from the first Elizabeth to our very own – and every royal in between.

Superbloom is a Summer–long floral spectacle that will fill the moat surrounding the 11th century Tower of London with horticultural splendour. Book a session to walk through this field of flowers (plus sculptures and sound installations). If you’re really enthusiastic you can enter via a family friendly slide. Once again, Tower Suites’ boutique apartments fit the bill for another London Hotel booking.

A display of competition winning designs that sum up the Platinum Jubilee. Also, until November, a look at fashion and “the art of menswear.”

Mary Gillick’s Jubilee exhibition at the British Museum; Gillick was born in 1881 and studied at the Royal College of Art. She is responsible for some of the most familiar images of Queen Elizabeth II, profiles that filled the pockets and purses of British shoppers. Also until 17th July ‘The World of Stonehenge’ (hit show).

Trooping of the Colour

This is the first Trooping of the Colour since the pandemic infected our lives, and it marks the Queen’s official birthday. In a perfect world, everybody should have an official, as well as a natural birthday. But not everybody would merit 1,400 parading soldiers, 400 musicians, 200 horses and a flypast by the RAF. Fit for a Queen who trained as a mechanic during WWII and who wears a Hermes scarf and stout boots like battle fatigues. Awesome and glorious. There are two Blue Orchid hotels near Buckingham Palace, both on leafy Vincent Square, Westminster.

Lighting up time for the Jubilee Beacons found throughout the UK. This year the beacons also light up across Commonwealth nations. The principal beacon will shine from a special ceremony at Buckingham Palace.

Commemorative service of Thanksgiving for the Queen’s reign.

Platinum Party at the Palace

Music live from the gardens of Buckingham Palace, staged and broadcast by the BBC. Tickets already allocated by ballot, but also being broadcast on outdoor screens across London and the UK.

Buckingham Palace and The Mall

A massive jubilee parade around the palace including street art, theatre, music, circus and carnival performances, also an RAF fly past and a whole load of pomp and ceremony. This is a must–see, and if you want to spectate in style, then there are affordable Luxury hotels in London that are close to the action, and as easy on the wallet as they are on the eye. Blue Orchid’s luxury Buckingham Palace hotels keep you close to the heart of the Platinum Jubilee celebrations.

An exhibition of iconic royal portraits taken shortly after HRH ascended the throne in 1952. Not for nothing did the world fixate on a beautiful twenty–something princess who ascended the throne after the premature death of her father. Portraits by Dorothy Wilding

Almost a whole year for this fascinating display of Japanese art from the Royal Collection.

There’s no shortage of pleasing hotel deals this Easter when it comes to weekend breaks – for the whole family, for two, or just for one. And quite a few reasons why you might opt for a holiday close to home.

Tower Suites’ boutique apartments offer a sense of home, and are close to local life (like Borough Market) and famous landmarks (the Tower of London and Tate Modern).

Or if you prefer to relax and unwind, there are revitalising treatments from Adamo Spa, nestled inside Tower Suites itself. The Blue Orchid hotel deal for two offers Swedish full body or deep tissue massage, dinner, and room service breakfast. Perfect for romantic weekends.

Royal Time At The Tower not only provides the best views of London’s iconic medieval fortress, it offers private walking tours of local landmarks and exclusive tours of the Tower of London.

Here’s a sweep through some of the kaleidoscopic activity that London offers:

Annual award–winning urban sculpture trail in the City of London.

Over 100 leading galleries from UK and overseas.

Faithful reconstruction of Shakespeare’s original theatre, with tours, talks and workshops as well as performances – good fun and the cheapest tickets in London.

THE prestige annual flower show. Followed from 1st June to mid September by the Tower of London’s Superbloom extravaganza.

Summer wouldn’t be the same without cricket.

Raphael died young, and legend has it he was as generous with his affections as he was influential with his art. Work from the Louvre, Prado, Uffizi and Vatican, plus the National Gallery of Art, Washington.