Westminster Abbey is one of London’s most iconic landmarks. The structure we see today has dominated the historic Westminster skyline since 1245, and in the years following it has played a part in many historical events, including weddings, funerals, and coronations.
Just a fifteen minute walk from Blue Orchid Hotels’ The Wellington and The Rochester, the abbey’s gothic exterior is a re-build. The original building on the site is thought to have been started in 960AD, making it 1,060 years old. Despite its more modern revival, Westminster Abbey still contains the oldest door in Britain: the tree that created it was felled in 1,032 and the door itself was created in 1,050. A more recent addition to the stunning architecture is a stained glass window designed by famous artist, David Hockney. The glass feature named ’The Queen’s Window’ was placed in 2018 to celebrate the Queen’s reign, and is said to represent her ‘yearning for the countryside’. Visit on a sunny day to see it at its very best. 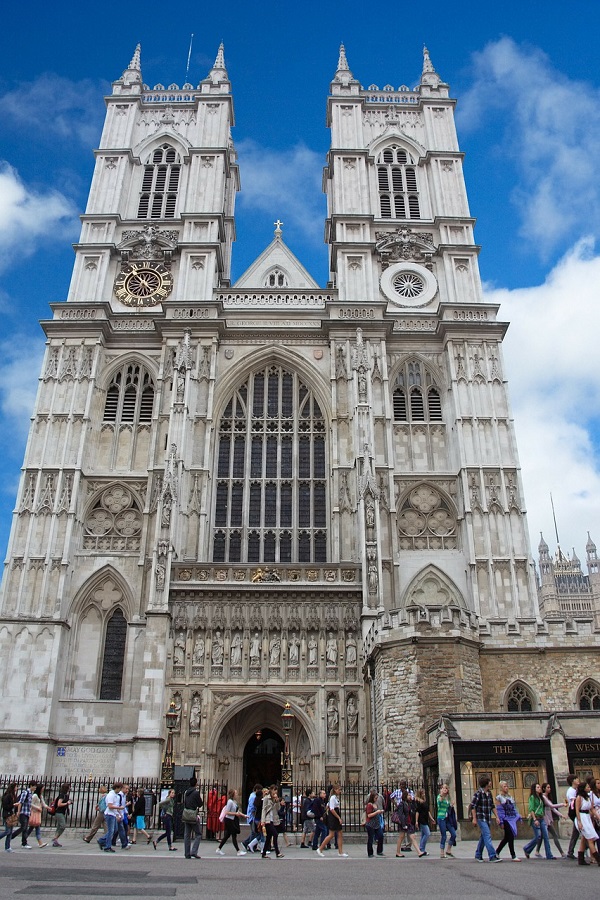 Westminster Abbey is a great day trip for the family, and equally great to enjoy solo: there’s something for everyone to do there. When the royal wedding graced screens all around the world in 2011, Westminster Abbey was highlighted in all its glory with 20-foot tall trees decorating either side of the aisle. The abbey is the venue of choice for most contemporary royal weddings, the reigning Queen Elizabeth II and her husband Prince Phillip got married there in 1947. The British royal family has a long history in Westminster and nearby St James’s Park, meaning Vincent Square is the best place to stay in Central London for any royalist.